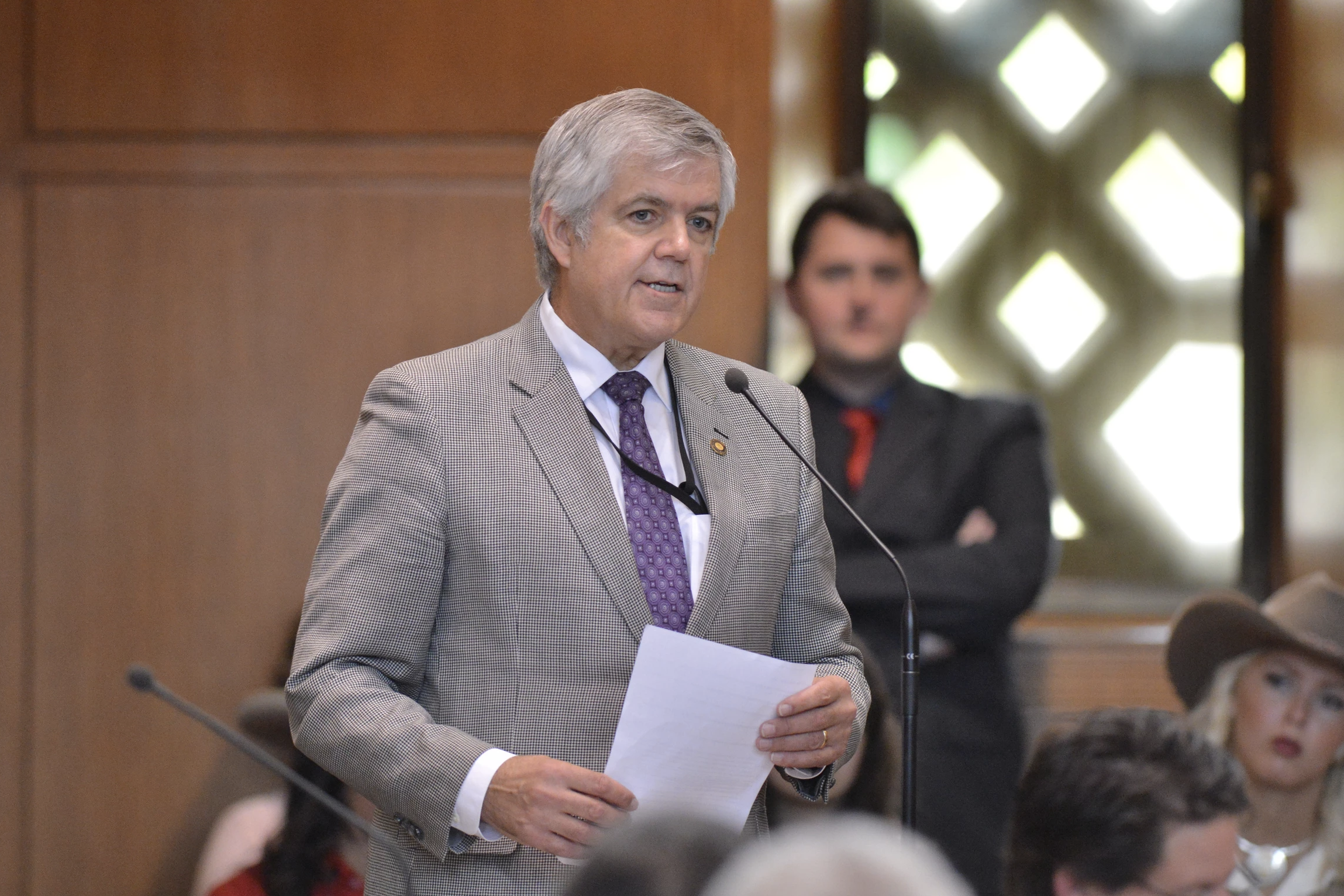 As Oregon state lawmakers prepare to take up climate-change legislation once again next year, Senate Republicans are about to lose their key expert on the subject.

Sen. Cliff Bentz, R-Ontario, announced Wednesday that he will resign in early January in order to run for Congress full time.

“It is with considerable sadness that I leave the Oregon Senate,” Bentz said in a press release. “I will truly miss my many friends in the Legislature, and the opportunity to represent the wonderful people of Senate District 30 in Salem.”

A fixture in the Capitol for more than a decade, Bentz was appointed to the House in 2008 to replace departing state Rep. Tom Butler. He won election to the seat five times, before being appointed to fill a vacant state Senate seat in 2018.

Bentz won election to the seat last year and — because of the timing of his initial appointment to the Senate — was preparing to defend it in 2020. That changed when longtime U.S. Rep. Greg Walden announced his retirement last month.

The news caught Bentz by surprise, but by the next day he’d decided to run for Congress. He said Walden personally encouraged him to run.

“I learned later that he’d done the same thing with several others,” he said.

Under state law, commissioners from the 11 counties that Bentz’s sprawling district spans will be responsible for appointing a replacement. They are required to choose a Republican. State Rep. Lynn Findley, R-Vale, has already announced he will run for Bentz’s seat next year.

Bentz’s decision to leave his post early comes at an interesting time. As the Legislature fiercely debated a bill that would place a cap on Oregon’s greenhouse gas emissions and charge large polluters earlier this year, Bentz was Senate Republicans’ chief expert on the subject.

In June, when Republicans were threatening to leave the state to block a vote on the climate bill, it was Bentz who spent hours negotiating a potential deal with Gov. Kate Brown’s staff. Republicans ultimately walked away, and the bill died.

More recently, Democrats have been teeing up a revamped proposal they plan to pursue next year, but Bentz has not been involved. Instead, Republicans have tapped state Sen. Fred Girod, R-Stayton, as their point person in the Senate. Girod has been working on an alternative climate change bill with a Democrat, Sen. Arnie Roblan of Coos Bay, and said Tuesday he’d be meeting with Brown’s office to discuss options this week.

The next six months will be crucial to Bentz’s candidacy for the U.S. House. The 2nd Congressional District is Oregon’s only reliably Republican seat, meaning the May primary could decide who replaces Walden.

So far, three Republicans say they are running: Bentz, former state Sen. Jason Atkinson of Central Point and Mark Roberts, who formerly ran for the seat as an Independent.

Read the full story on OPB.com