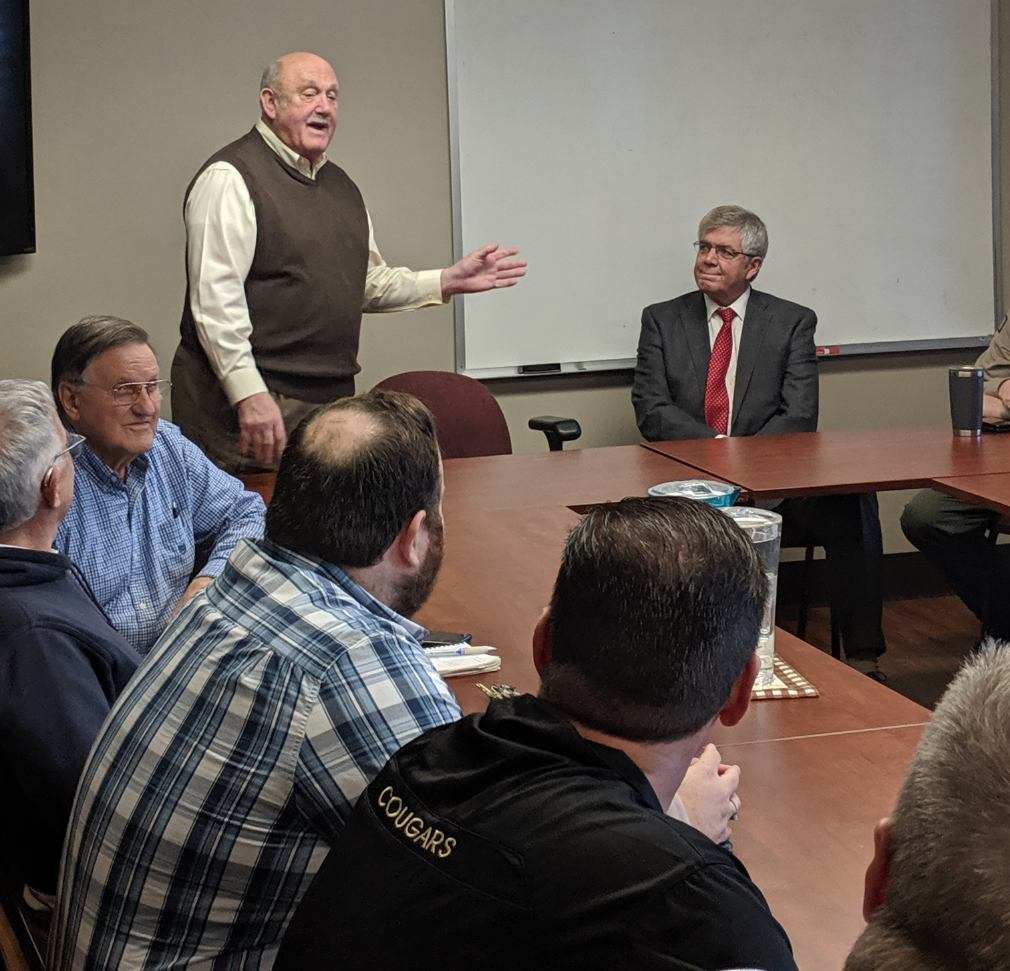 UMATILLA COUNTY — Rep. Greg Walden’s 2nd Congressional District seat doesn’t belong to Cliff Bentz yet, but Bentz is already making preparations for if he wins the general election in November.

Bentz, a former state senator from Ontario and the Republicans’ nominee for the seat, said he has spoken to about 15 current members of Congress by phone so far, and is studying up on committees, issues and procedures for the House of Representatives.

“I went ahead and ordered the rules, and the book is literally 2-1/2 inches (thick),” he said.

Most of Bentz’s recent discussion with the East Oregonian’s editorial board revolved around the economic and health impacts of COVID-19. Bentz said when people ask why the United States has not done as well as countries like South Korea in controlling the spread of COVID-19, his answer is that the United States is not an autocratic nation, and therefore it can be difficult to get a “huge group” of people to all do the things needed to prevent the spread of the virus.

He praised President Donald Trump’s response to the pandemic, saying he would give the president an “A” for trying to help the country’s economy by encouraging people be optimistic and not make decisions that would make the economy worse.

“He gets high marks for trying to keep people enthusiastic about working and doing things, saying yes we’re going to get out of this,” he said.

Bentz said he felt Trump has now appropriately pivoted to a focus on safety by doing things like asking people to wear a mask.

“Could he have done better? We could all do better,” he said. “This is a first-time thing and everybody has learned an awful lot as we’ve gone through this process. It’s pretty easy to come in and second guess.”

Bentz said he has concerns about how much the United States is spending right now, and he feels there needs to be more of a conversation about how the country will pay back the debt it is amassing to try to fill the hole of economic losses caused by the pandemic.

When asked about what the political majority come January should do about health care coverage, Bentz said the conversation needed to be how the country can do a better job of health care, for less money.

“We are not going to have the money we once had to try and do everything for everybody, as we have in the past,” he said.

When it comes to another topic dominating the news right now — the Black Lives Matter protests — Bentz said he found it odd that liberals in Portland were protesting systemic racism when Democrats have controlled the governor’s mansion and Oregon Legislature for so many years.

“Who are they blaming?” he asked.

He said while it is obvious that the country needs to do better when it comes to race issues, it’s a “hugely complex issue” and he is working on learning more.

According to a news release from Bentz’s campaign, while in Umatilla County on July 27 he also toured some farms and met with supporters and community leaders for the area in a socially distanced outdoor luncheon.

Read the full story in the East Oregonian