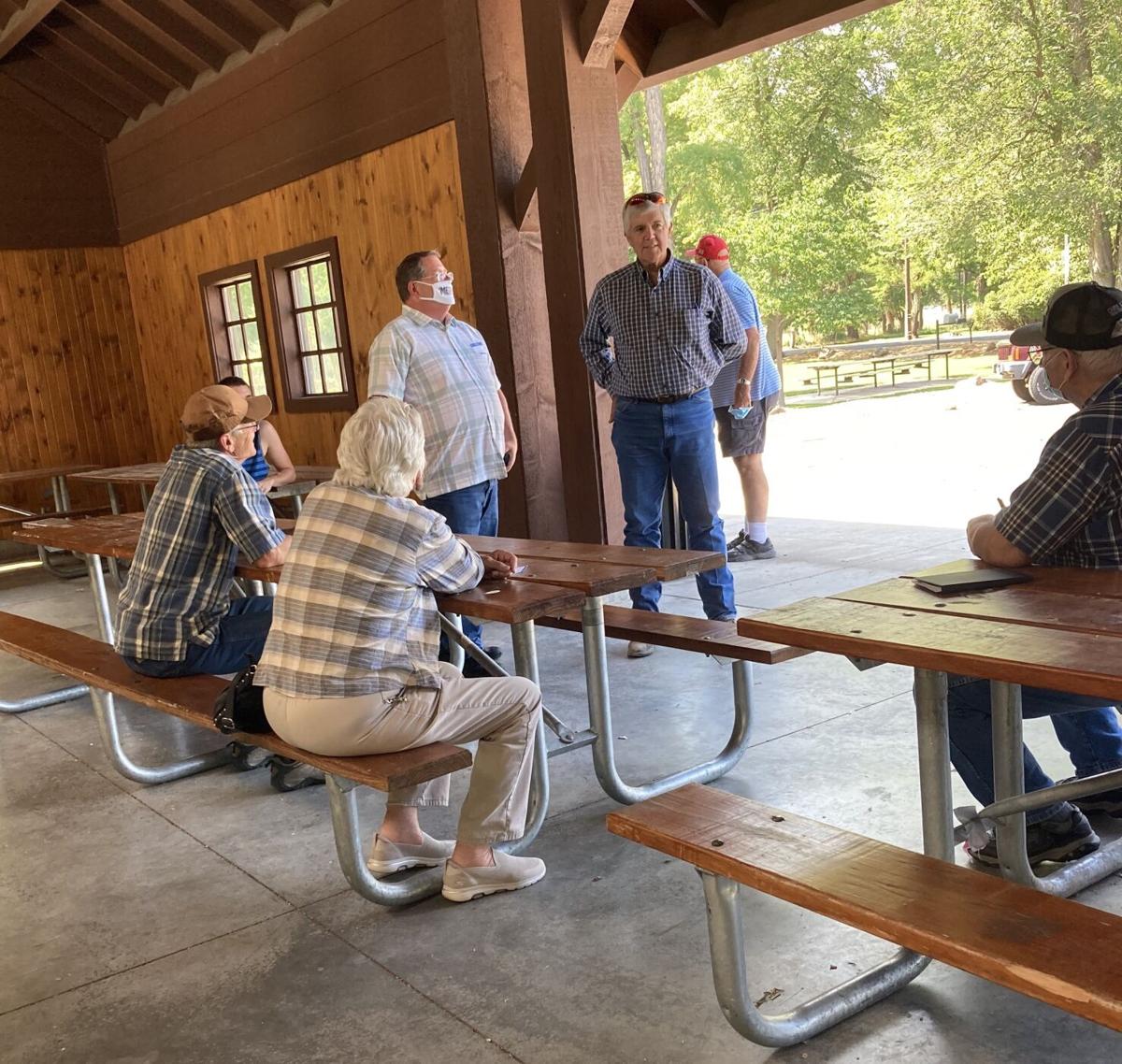 LA GRANDE — Republican Cliff Bentz chatted with locals Monday, July 27, in La Grande during a meet and greet in his bid to become the next U.S. representative of the Oregon 2nd District.

Bentz, a former state senator and attorney from Ontario, looks to be the successor to Rep. Greg Walden. The Republican from Hood River is retiring from Congress after 22 years. More than 20 people gathered to talk with Bentz under the under the pavilion at Riverside Park while afternoon temperatures rose well into the 90s.

Those at the event said they want a candidate who will speak his mind on issues, and Bentz said he stood firm on his support for Union County and Eastern Oregon as he discussed his plans for legislation to protect land and water uses.

“If our president is reelected, if we (the Republican Party) maintain control of the Senate, one of my main reasons for running is to do something in this space and work on forest policy, water issues and BPA issues,” Bentz said. “I am going to do my best to help.”

Bentz said he is pro-Trump, pro-life and pro-Second Amendment. Several attendees brought up issues of race and the Black Lives Matter movement. Bentz said while he does not agree with the violence in Portland as a result of protests, race is a sensitive conversation topic that requires good management.

“I will be the first to say when it comes to race we can always do better,” Bentz said.

Read the full story on LaGrandeObserver.com