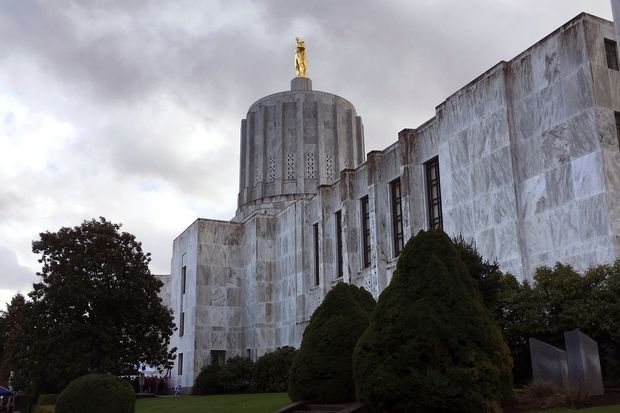 In the 2019 Legislative session I helped lead two Senate Republican walkouts. The first was to stop an unconstitutional infringement upon our Second Amendment rights, a multibillion-dollar gross receipts tax, and a completely partisan carbon pricing bill. We returned to Salem when the Democrats agreed to kill both their unconstitutional gun bill, and their mandatory vaccination bill, and to allow a “reset” of the carbon pricing discussions.

Sadly, the Senate Democrats did not allow any “reset” of the Carbon discussions whatsoever, and thus failed utterly to fulfill their part of the agreement. Although I was allowed to come back into the room where the Democrats were designing HB 2020, (after having been kept out for five months) not a thing worth mentioning came from my repeated attempts to bring some sense of bipartisan rationality to the carbon discussions.

My Democrat colleagues made it abundantly clear that no “reset” of any kind was going happen, despite their promise that if we returned from our first walkout, a reset would be negotiated. Thus, we walked out a second time and by doing so killed HB 2020.

This short 2020 February legislative session began contentiously because the Democrats immediately brought back Cap & “Tax” in the form of SB 1530. The Republicans made one simple request: Let the people vote on SB 1530. But the supermajority Democrats did not want their cap and trade “stealth tax” on gas and diesel and natural gas to go to the people for a vote. They knew it would go down in flames.

The Democrats made meaningless and insignificant concessions in the hope that they could placate their Republican colleagues. But the bill retained its most damaging feature: top down and total government control of the price of all of Oregon’s energy. At the same time the supermajority moved bipartisan bills to the back burner to hold hostage, hoping to force the Republicans to cave. Neither side gave in. So, the Republicans once again, faced with ceding control of Oregon’s economic future to faceless bureaucrats had no choice but to walk out.

By walking out a third time the Republicans once again killed cap and trade and by so doing saved rural and all working Oregonians from the Democrat’s plan to place control of our energy costs in the hands of those whose primary motive and guiding purpose is to drive up its cost, with no regard to the impact on our economy.

This simply could not be allowed to happen. Knowing this, the Republicans stood up, just as I did eight months ago, and walked out, for CD2 and all rural districts and everyone else who believes that a capitalistic economic system is better than what the Democrats want: a socialistic “command and control” system.

Once again, the walkout worked, and cap and tax has not become the law of Oregon. Thank you, my Republican colleagues! Be assured that I will do all that I can in Washington DC to help you stop the misguided and economy wreaking plan that was HB 1530. But stay strong. The Democrats plan to force Cap & Tax on Oregonians is not going away.

Kate Brown is determined to make energy costs unstainable for working, rural and fixed income Oregonians. This became abundantly clear with her Executive Order on Climate Change. In the words of my friend and colleague Senator Herman Baertshiger “It’s obvious Kate Brown is not Oregon’s Governor; she is Portland’s Governor.”

Governor Brown’s executive order strikes a blow to fixed & low-income families by demanding we have the strictest green energy building codes and appliance efficiency in the country. This will make a mockery of her claim to support affordable housing for our homeless and veterans.

The Order includes a doubling of Oregon’s “Clean Fuel Standard”, meaning our prices at the pump paid for additional low carbon fuel additives (such as palm oil) are guaranteed to increase even more. Governor Brown knows that her actions will harm farmers and ranchers by raising their cost of field work, transportation to the farm and ranch of inputs and ultimately getting products to market. When the Low Carbon Fuel Standard was originally passed five years ago, the DEQ made it no secret it would raise fuel prices, (it’s estimate was around 22 cents per gallon in the last year of the ten year program) now our governor has ordered that this standard be doubled.

Over the last several years Governor Brown, Speaker Kotek and President Courtney were presented with any number of alternatives that would have achieved carbon reduction without sacrificing Oregon economy while doing so. Time and time again they chose instead to follow instructions from Tom Stier funded far left Portland environmental interest groups

Ultimately, Governor Brown has decided that she doesn’t need legislative approval to force up the price of all of the fuel and energy used in Oregon. We now have a top down completely autocratic approach to the pricing of our energy supply. Under the cover of halting climate change, our governor has handed the economic future of Oregon over to unelected bureaucrats who answer only to her.

We can only hope that the Governor’s actions will be challenged in the courts and that in November we will elect common sense legislators who will push back against the Portland leftist agenda.